Eleven grouper, snapper, and emperor fish species were intentionally released in the Hawaiian Islands spanning the years 1955-1961 to produce new fisheries.  Within 15 years, three of the introduced species established self-sustaining populations and eight did not.  Two species, Lutjanus kasmira and Cephalopholis argus, are now considered invasive.  We report on the results of a biophysical computer model which combines the life history traits of the inductees with prevailing oceanographic conditions in the Hawaiian Islands to hindcast the fate of the introduced fish. This comparative study is valuable in providing numeric insight into the characteristics that predispose fish introduced outside their native range to becoming invasive. Simulations created by the model spanning the years 1955-1970 succeeded to reproduce the establishment of the three species now found in the Hawaiian Islands and also replicated the failure of those fish that did not establish.  Our results suggest that mortality rate, tolerance to water depth, age to maturity, and the quantity of individuals released are the best predictors of the establishment of the introduced fish in the Hawaiian Islands. 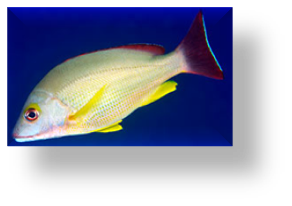 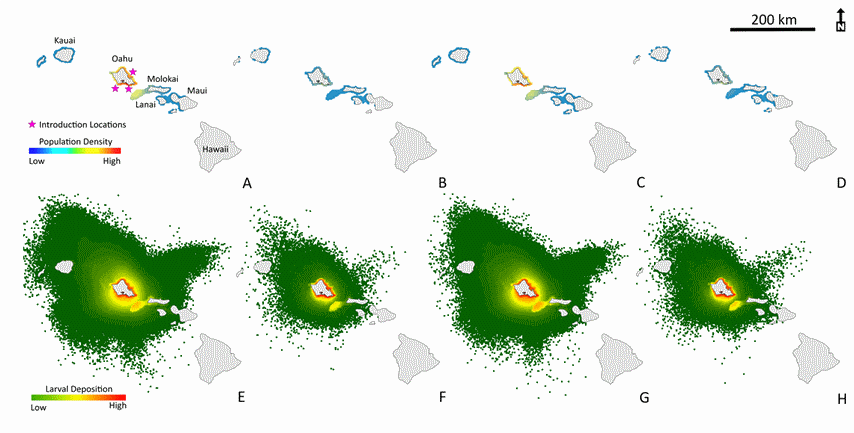